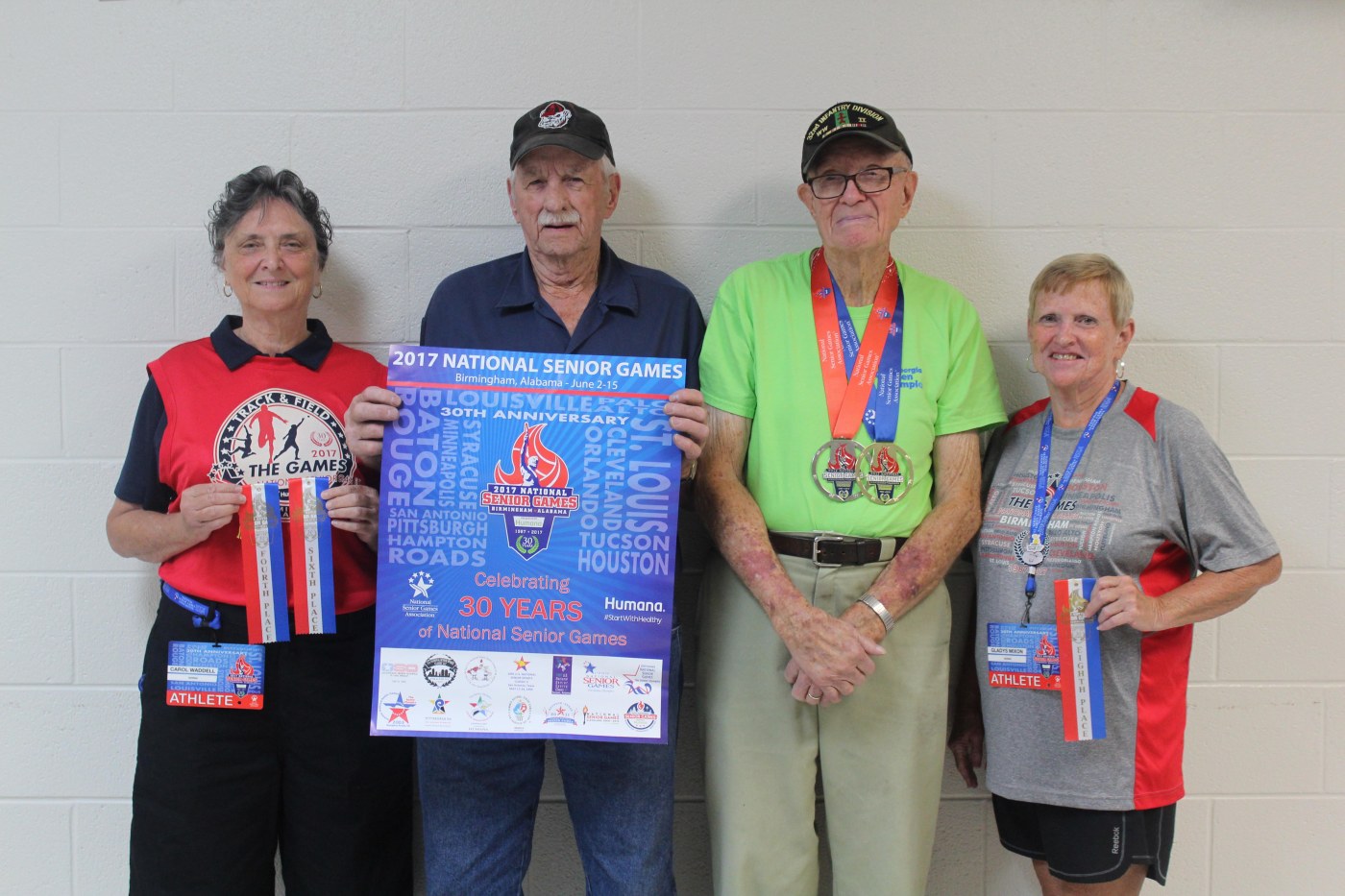 Gordon Haney, 92, was a star at the games. He placed first and received a gold medal in horseshoes in men singles ages 90-94. He also received a silver medal when he placed 2nd in the shuffleboard competition men singles for ages 90-94.

“Gordon Haney is an amazing athlete! He is my inspiration and I am so proud of his accomplishments at the games” says Gladys Mixon.

Gladys Mixon, 65, placed 8th in the horseshoes for women singles ages 65-69. She brought home a ribbon. She also participated in shuffleboard.

“It was so much fun and met a lot of people.” Says Glady’s Mixon. “I hope that I will get the opportunity to continue to be a part of these competition.”

The four residents practice at the Charles C. Parker for active adults to get ready for the event. They will be there to continue to prepare as they get ready for the next games that will take place in Albuquerque, New Mexico in 2019. 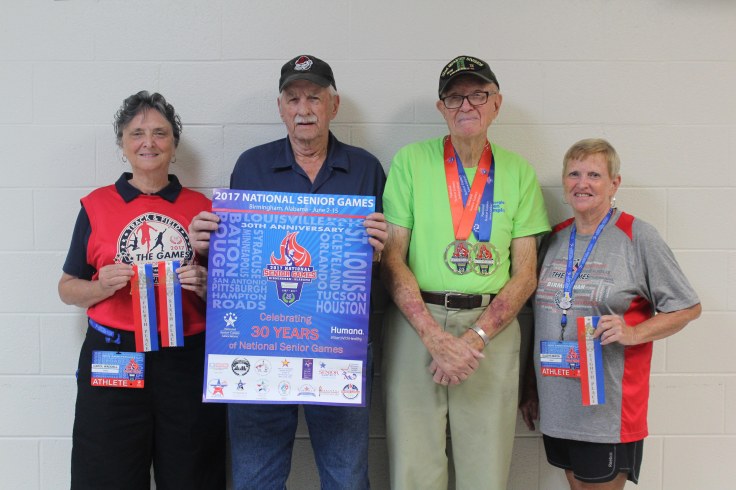